My Day on Number One Court

It was an early start and blissfully fresh, as we set off for Wimbledon. Arriving in the car park we had a bacon butty whilst reading until the gates were open and it was time to wander down the road and gain access to the ground â by which time it was already very hot â so we took refuge in the new museum. Emma had never been to the museum, and it was air-conditioned down there so even if wasn’t fascinating down there it would have been worthwhile. But it was great down there and so it was very worthwhile.

We had a wander round the grounds, I bought a Wimbledon seat cushion, we had part one of our lunch and then we found our seats on number one court. Sadly, both Williams sisters had got through and so we had to endure the sight of Venus demolishing yet another opponent. The second of the Quarters with Dementieva was better but still a bit one-sided, but the men’s doubles were good and then the golden oldies match to finish with Forget and Piolene was very entertaining! 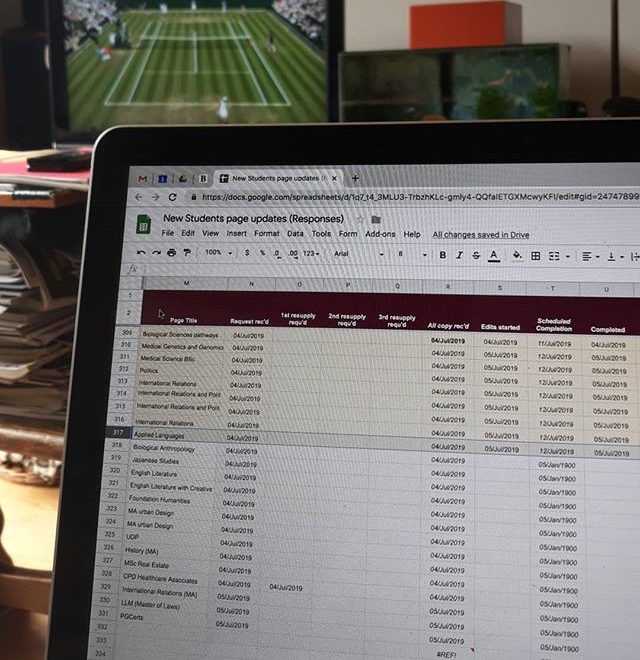 instagram
The two ends of the day. Ploughing through New Students page edits and sketching into the evening with one constant companion… #workingfromhome #amillustrating #wimbledon 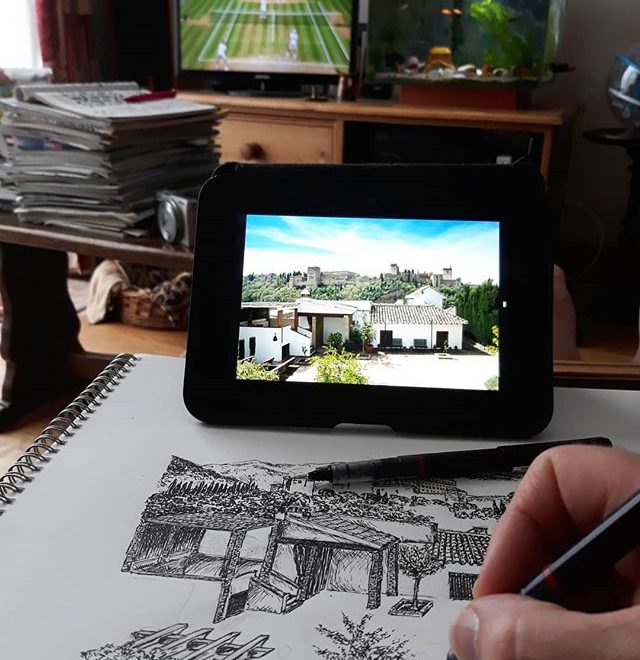