On the seventh day of Christmas: a new decade dawns

The passing of the first decade of the (not so) new millennium is something that has crept up on me, but a decade has passed; another moment in time. So what’s changed in the intervening 10 years?

2: Romantic status: single. My only previous girlfriend was in 1998.

3. Occupation: Electronic Content QA Assistant! Got my first permanent job just two week’s before the passing the last millennium. I only did the job at Blackwell Scientific (as it then was) for three months before becoming an Electronic Content Quality Controller.

4. Fun night out: Umm, pass. Probably going to the cinema on my own. Later in 2000 I would start flute lessons and join a couple of bands which would occupy a Monday and a Wednesday evening quite well.

5. Best friends: Really, I’m not sure. My friendships were in a state of flux back then. Probably would have been Phil Castle; met him on my National Trust holiday at Felbrigg, Easter 1999, and I would go and lodge in his house in Abingdon from May 2000…

6. I spent way too much time: at home, doing my own thing, which was good from a getting writing done point of view; not that I got proportionately enough writing done.

7. I spent not enough time: going out and being sociable with my small group of friends – the lunchtime crew from work.

8. I wanted to be when I grew up: writer (plus director/producer/publisher for Shepline Publishing…)

9. Biggest concern: when will I get my book published? when will I have another girlfriend?

10. What my biggest concern should have been: I hate these if-only kind of questions, but I guess it should have been along the lines of sorting out the very particular way that my mind works so that I can convince other people that I am the person I am with the strengths that I have.

11. Where did I live: Oxford, in the house share from hell. Later in May 2000 I would leave with ALL the furniture and lodge with Phil in his house in Abingdon for a year before buying my own place.

13. If I could go back now and talk to myself I would say: you will find love. 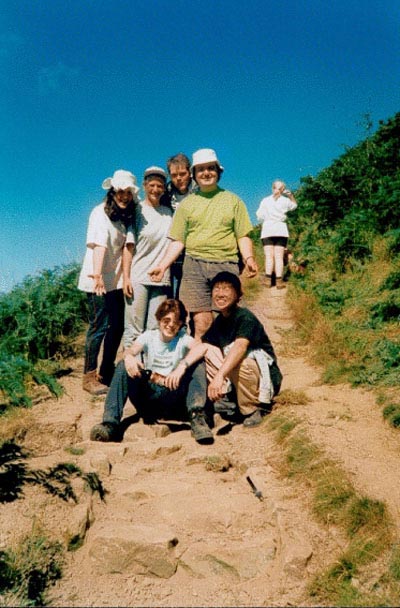 3. Occupation: Web Designer, of three months. In the intervening time I spent far too long as an ECQC, dabbled as a production editor, worked for agencies for two years, had some time on the doll, been made redundant…

5. Best friends: Emma. And then a whole collecton of people I have met through work, and via other friends, and livejournal, plus others like Rachel who I knew at school 20 years ago and have reconnected with within the last decade.

6. I spent way too much time: this year? Procrastinating? Not writing my novel or getting my printing press fixed up.

7. I spent not enough time: Writing, practicing my flute, doing my art.

9. Biggest concern: Now that I’m married, I guess at some point, with various clocks ticking we shall think of family… would I really make a good Dad?!!

10. What my biggest concern should have been: I’m not sure if I can answer that now…

11. Where did I live: Bicester, as of the last year and a hafl, a few hundred metres down the next road from where i lived for much of the last decade.

12. Dumbest thing I did that year: Last year, in 2009? Worry that I wouldn’t find another job. These things do come to everyone eventually. And if I’m saying it, its got to be true!

13. If I could go back now and talk to myself I would say: not to worry. You will end the year, and the decade with another full time permanent job – just as you did at the end of the last decade.