Seventeen years on from when I put on my final degree show, I toured the the Oxford Brookes Degree Show after work today. I think I should make an effort to go to these every day because it was a very interesting time. Not only did I get to wander the halls of the Richard Hamilton building as I used to when I was a postgrad publishing student but it was interesting to see the ideas and the talent that is out there, and on display just as it was for my cohort up in Alsager.

Whilst 17 years ago most of us were exhibiting single or groups of items – in my case photographs and etchings predominantly, whilst others constructing sculpture out of home made paper or worked in etched metal, many of the 2011 Brookes students had put on installations. As I wandered round I kept on discovering another piece of Jackie Grant’s work, Unpacking the Library which was focused around deconstructing books and reading.

This was one of my first works I discovered, and one of my favourites of the exhibition – Daily Ratings by Becci Willis, and, in her own words involved:

Daily Ratings involves exaggerating the importance of the subject matter in the way it is presented; displaying everyday conversation starters that are often not sincere, inside scientific test tubes. During a period of three weeks Becci asked a group of seven people to rate each day out of 10 and give a comment to explain why. 10/10 is a good day and is shown by a yellow test tube, followed by a gradient of colour towards a score of 1/10, shown with a red test tube. The comments given are suspended inside. The top frame shows the scale of colours from 1 to 10 and each frame shows the data of one week. Each person’s data is recorded in rows of seven tubes representing each day of the week, beginning with Monday.

Thought provoking and beautiful to look out, although I really wouldn’t want to have Person Two’s life!

In an echo of my own cohort of artist’s back in 1994 and the person who built an installation around representations of female genitalia constructed out of latex and leaves, I was suitably freaked out and disturbed by Sarvin Shamsbod’s work. Displayed in a darkened room, there was a single inscription that read, I can see in into your dreams, before you entered. There were some interesting pictures with words on but then as you proceeded further in, there was a darker room within. With a picture at the far end you had to look at it through a series of what can only be described as what looked like large, glowing-in-the-ultraviolet-light, jelly beans. I don’t know what it was about the room but I didn’t like it, I had to leave. 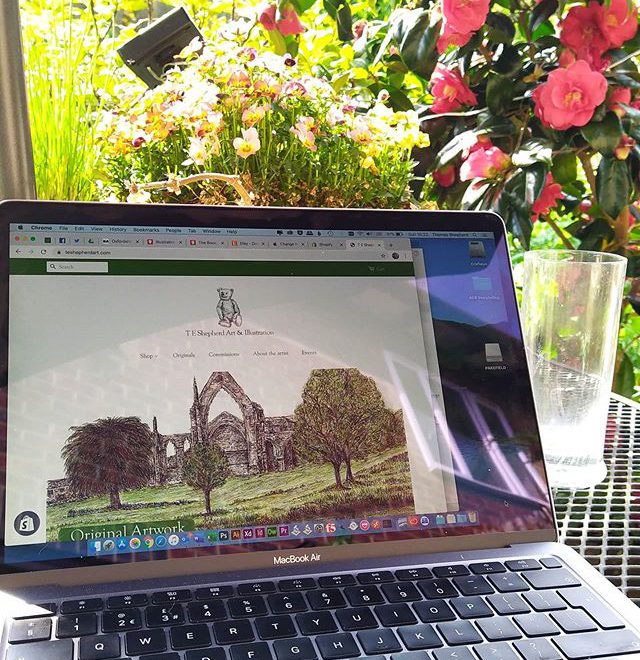 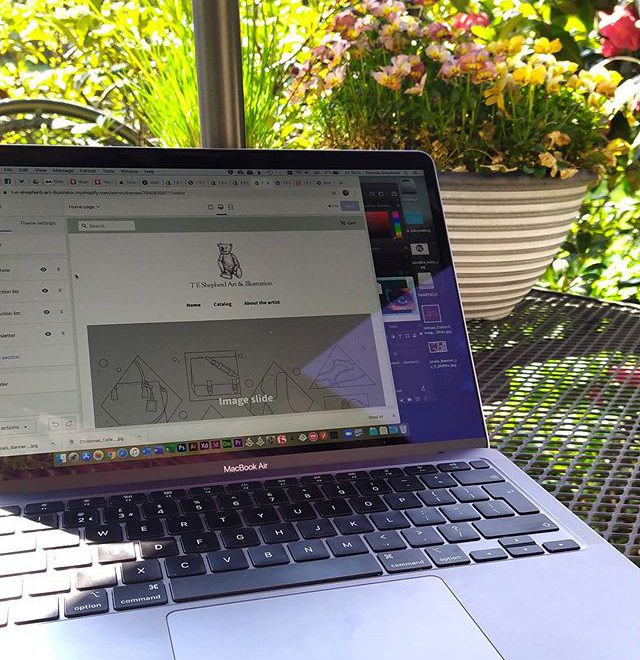 instagram
No more day job for 10 days so moved to the al fresco home office to work on launching a new online shop for my art… . #illustration #art #artistsofoxfordshire #comingsoon #OxfordshireArtweeks