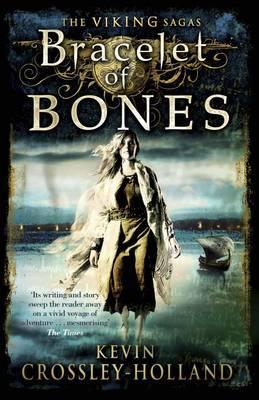 Bracelet of Bones by Kevin Crossley-Holland

From the beginning, the first book in Kevin Crossley-Holland’s Viking trilogy reads like an old Norse myth or saga. The language is, as you would expect from the author, beautiful and poetic, and he captures the world and scene perfectly. Some of the imagery is familiar of some of the traditional Norse sagas I have read, or indeed Halldór Laxness’ Independent People.

The story is one of a girl, Solveig who sets out to follow and find her father when he leaves on the old trade route to what is now Constantinople, and of the adventures she has, and the people she meets, on the way. It is a story though that is at times quite hard to follow, and at times I did find myself just going with the flow and enjoying the pictures that he paints in mind whilst I catch up with what’s happening!

It has reawoken my desire to read the sagas in their original (so far as that is possible) versions though!