The Undisputed Truth: books are magical 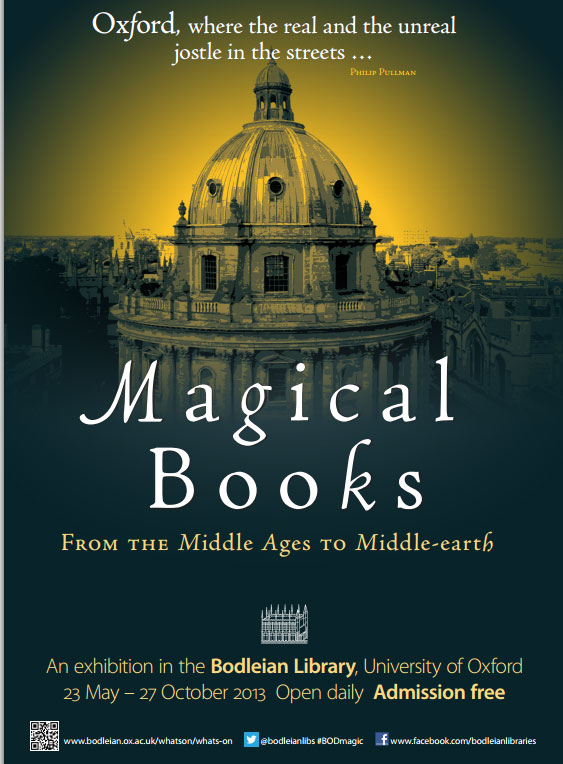 Today, Emma and I finally made it into Oxford for the Magical Books exhibition at the Bodleian Library. I am so glad that we did. The exhibition space at The Bodleian  is  small but we spent about an hour in there and I could happily have spent at least twice that in there. Based around  the work of five authors connected to Oxford: Tolkien, C.S. Lewis, Alan Garner, Susan Cooper, and Philip Pullman it brought in  others and  the older takes, history and follow that includes them.

For me it was an hour celebrating the work of my favourite and most-lived authors. There were maps. From Tolkien  and Lewis to Pullman’s interpretation of Oxford – as Diana Wynne Jones (another author who  was featured) says, fantasy always starts with a map.

There were also mention of undated Arabian  amulet scrolls, the like of which  was the  inspiration for the scrolls in Sudan Cooper’s Over Sea Under Stone. 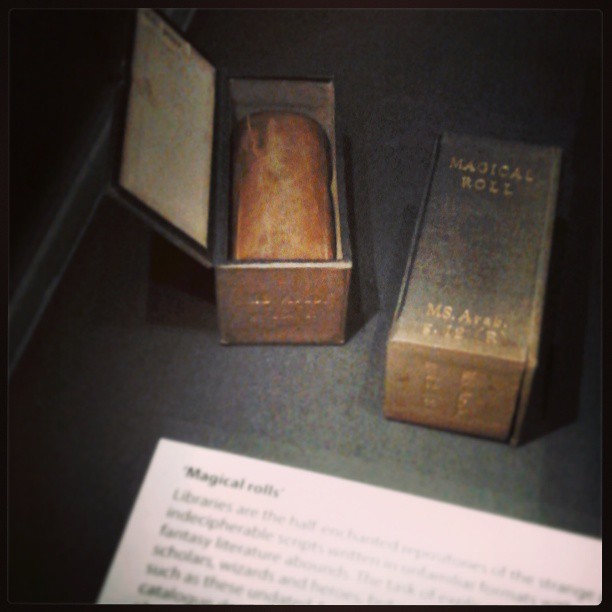 The fannish squee factor of this was nothing to my reaction  when I turned around and was confronted  by a plate. I recognize it immediately even touch I had never seen it before as The Owl  Service.  The  china with the pattern that could be flowers or birds depending on how you look at it… 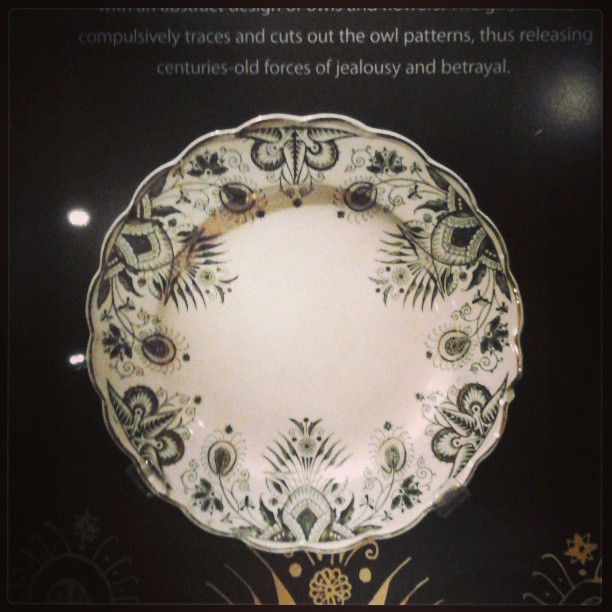 …and there was, around the corner, another delight in the shape of replicas of the  buckles/signs that Susan Cooper’s husband made for her from her Dark Is Rising book. 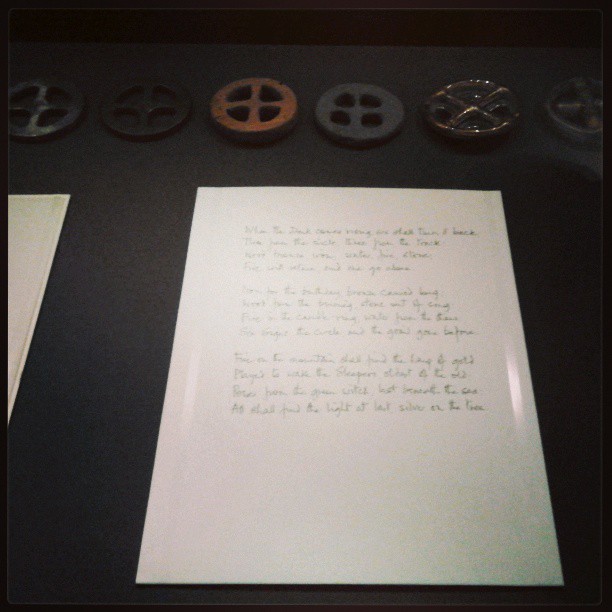 There was more, of course. Lots more. And it was quite busy with  people enjoying it all, but I was so wrapped up in it and in awe of , what was my heaven that I scarcely noticed any of them. It’s on until the 27 October and I recommend that you all catch it is you can.