From the first novel, to the last, the short stories next… 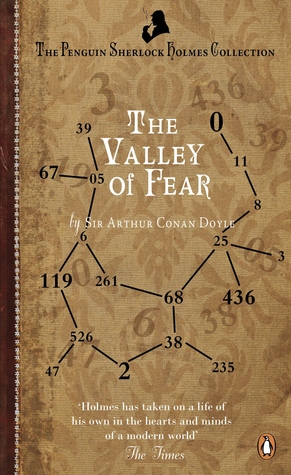 The Valley of Fear by Arthur Conan Doyle

This is my second Sherlock Holmes adventure that I have read, and coincidentally one of only four full-length novels that he wrote. I also have jumped from the first to the last story…

If I was rating this story just on Part One, then it would have been starkly different. The story was immediate and the characters engaging, and Holmes’ deductions brilliant. But there then follows a long second half of the book that I plodded through out of duty, all the time thinking that I had read something similar to this before.

And I think I had. It’s not long since I read The Study In Scarlett, and for me this whole story was a revisting, if not reworking, of that story. A murder takes place in England, that it turns out is a revenge attack for murders that took place years ago in America.