A story straight from daydreaming over rockpools 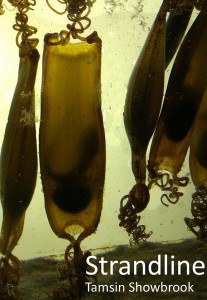 By the author’s own admission she wrote this story because she had “a bee in my bonnet for ages about feeling I had the right to criticise the novels of other people when I’d never tried writing one myself”. What I found was an interesting idea of a story that hadn’t been fully worked out, and, where necessary paired down – there’s the old adage that less is more – and which had been Indie published without going through editing it, and editing it again (and again…) for not just objective typos, but subjective ways of telling the story. The different races in the story had tricky names that I didn’t know, or have any clue, as to how to pronounce and they kept on tripping me up and breaking the flow of my reading.

That said it is a really interesting idea. I can imagine the author spending hours if not day on the seashore, just a long the strandline, maybe rock-pooling, and imagining what lives the little creatures that live in this strip of sometimes-land and sometimes-sea might have. The book is teaming with beautifully written passages, never more so than when Seren is down in her cove.

This is a book I wanted to love, but had some awkwardness to it, that has stopped me from anything more than liking the idea, wanting more of the good, but just a lot more editing.