It seems that it is possible to love fairytales too much 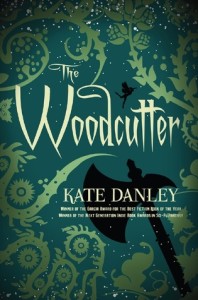 The Woodcutter by Kate Danley

Everyone loves fairytales don’t they? It seems from this debut novel that it is possible to love then too much.

I wanted to like this book so much, but in the end I found it lacking in so many ways. Some of the other reviews of this book complain that there are just too many stories and characters crammed into a story, but that isn’t my complaint. Fairy tales are meant to be retold, and told again, and told anew once more. There are so many tales out there, many of which are variations of each other. Having the character of the woodcutter running through all of them is a really good idea – hell I’d also, independently, had that idea – after all he features in so many of the stories and it is a link to this thick, dark, German forests that it just makes so much sense.

However, the woodcutter is the only major character you really get to know, and even then you don’t really get to care for him or what it is he does. The short chapters that are, at times, sentence length, are also to short and it only adds tho the confusion. I know what the as author is trying to achieve with the short scenes because I myself have experimented with a more filmic style but I have learnt that it just doesn’t work. In this, for one, more can be less.

I found the whole story plodding and uninteresting, which is a shame because there is an idea in there that I really wanted to read. I just couldn’t find it.