Stepping Through The Wardrobe 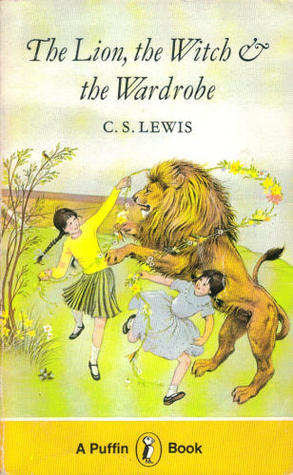 The Lion, the Witch and the Wardrobe by C.S. Lewis

I’ve been meaning to re-read the C.S. Lewis classic for a ages, and climbing through the wardrobe into Narnia at The Story Museum a few week’s ago was the final impetus to doing just that!

I’m probably not alone in having a slightly awkward relationship with The Lion, the Witch and the Wardrobe. Having adored it as a child, I remember reading it’s prequel with enthusiasm and then finding my interest waning over the successive sequels as the books dwelled more on religious allorgry and the children changed. But much in the story, the ideas and the feel of the original can not be unloved once loved. It was always going to be a book I would come back to.

The first thing I noticed in this retelling – partly because having written a book with a central character called Mr Tumnal – is that the C.S. Lewis character is only ever referred to as Mr Tumnus by Lucy or by Lewis by way of Lucy. When Lucy asks for his name the faun quite simply says Tumnus, and it is Lucy to presume a mister. We don’t if Tumnus is his first or his second name, or even that fauns have two names! Not an important discovery this, but interestingly curious.

C.S. Lewis apparently called his book a fairytale – something that Marina Warner in a recent talk I attended on fairytale dismisses – partly because it is too long to be a fairytale, but it does read very like one nonetheless with little bits of the story standing for and representing something we are too understand.

I remember being chilled as a child by those immortal words that the Witch – herself a Snow Queen like character – cast the spell to make it always winter and never Christmas. I have always felt the presence of Father Christmas in the story as an awkward plotpoint that I never could get on with.

Thankfully, the Christian allegory is not an obvious and important part of this book though, as it deals more with the creatures of myth, fairytale, and fantasy. Where I do find the book lacking is in C.S. Lewis very obvious omniscient narrator who not only knows everything about the story but steps out of the adventure to remind us things we ought to know and thus breaks the flow of the story.

The book still remains a favourite read of mine, and thus the 5 stars.