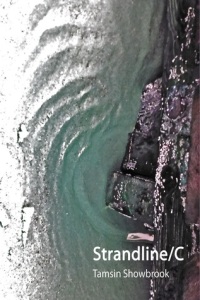 My interest in the original Strandline book was in its premise of there being different peoples and races that live unseen from ‘our world’ amongst us but on the edges of our society, on the strandline between the sea and the shore with people who are affected by a difference in organisms at a microscopic level. So, whatever my reservations about the delivery of the book, they were not enough to make me not want to read the sequel.

Where the first book was a personal tale – a voyage of discovery – for Seren as she discovered the truth behind who and what she really was and the people to whom she belonged, the second book is an altogether bigger story that centred around the power struggles of rival organisations. In this, Tamsin Showbrook’s mhereds and lakundi are reminiscent of Eoin Coiffer’s Artemis Fowl books with their mischievous fairies in their secret quasi-governmental organisations.

Strandline /C is a very engaging, immediate story possibly only let down by being the second book in what is obviously going to be a trilogy (the middle books of trilogies often have this problem for being the link between a beginning of the story and The End). Also, being the second book, and being a story with a complex collection of characters I found myself desiring some kind of glossary or dramatis personae to help me keep track.

This is a second book in a series, yes, but it is also a standalone story but I found myself wishing for a bit more exposition to remind me who certain characters were or where they fitted.