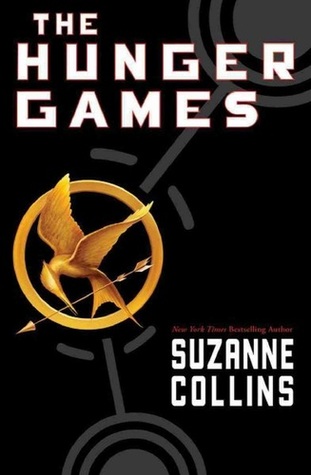 The Hunger Games by Suzanne Collins

I came to be reading this because both it and the films have been recommended to me by so many people, and to be honest, I think if it hadn’t have been I would have walked on by having taken a quick squizz at the synopsis. It is an odd book to *want* to read; a book about a girl who must ultimately kill any number of fellow children. Why would I want to read a book about that?

I actually saw the film first, and my feelings about that were that yes, it is a pretty unpleasant tale set in a dark, distopian future, but that it was quite clever in the way that dispite Katniss Everdeen’s need to kill at least some of her competitors in order to stay alive, you are made to side with her, and root for her survival.

The book is no less disturbing. It also shows that the film is unusual for being a very close adapation of the book – hardly surprising considering the author’s heavy involvement with the films, previous writing experience for television, and that the films were made within years of the books publications. However, unlike in the film whereby, film being film, the viewer is confronted full on in the face with with the true horror of the story, in the book you are at least allowed to hear Katniss’ thoughts which does well to make you root even more for her survival.

Suzanne Collins apparently had the idea of writing this story after seeing the juxtapositon of war coverage on TV with that of wall-to-wall reality shows, and you can see those influences clearly – just what could happen if reality television was allowed to go to its natural inevitable conclusion. Its all too believable. The book is more than that. On more than one occasion I saw parallels with William Goldman’s Lord of the Flies, and how quickly, faced with certain situations, even the previously most-peaceloving competitiors/children can be drawn into enacting the most horrific of acts.