Stories begin when you are least expecting them 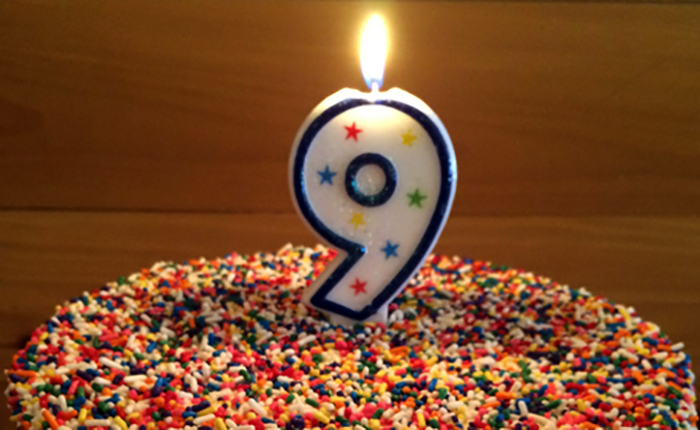 If, nine years ago, you had told me that my second published book would be about a man who marries his imaginary friend then I think I would have laughed. If you had gone on to say that the idea for this story would have come from a misunderstanding in the car on the way to just another day at the office, then I would have teased you mercilessly. But that, in short is the story of how my Mr Tumnal came about.

A little after 7.30am on Wednesday 9 August 2006 I had just collected my friend Caroline for the car-share to work. It was one of those beautiful summer mornings but with a slight crispness to the air. Some of the leaves had just started turning and the hedgerows were beginning to fill with berries.

I can still remember starting off a conversation and being (understandably, I think…) confused when Caroline replied by asking who Mr Tumnal was! And I was really confused because all I’d said was, ‘It’s a bit autumnal today’. But that little misunderstanding got us both wondering – about whom exactly Mr Tumnal really was. Certain facts came immediately: he was an English teacher, he loved photography, he wore corduroys and a jacket with patches on the elbows, he was old before his time… and a bit of a loner.

It being the summer holidays, we were spared the traffic chaos of the school run, and the commute took exactly 45 minutes and we had the character fleshed out. Another 45 minutes on the return journey and we had the beginnings of what his story was. I obsessed over the character for two days, and after a visit to the fish’n’chips shop on Friday came up with some early first pages – scenes that never even made the first draft of the book, but did see the appearance of his daughter’s friend Caz.

At the time I remember thinking that there might not be a full novel in his story, but certainly a novella. But I was busy writing the final chapters of Blood & Fire (the book that became The End Of All Worlds and my first novel) and so Mr Tumnal went to rest in my notebook for three years until I started writing it on my honeymoon in Scotland.

Even when I finished writing that second novel in the summer of 2013 (in a thunderstorm in the garden if I remember rightly…) Mr Tumnal’s story was only ever going to be a standalone adventure. It’s only in the last few months that the characters of the book have demanded I write two more stories based in his world. I never thought that would happen nine years ago today!

If you had heard me correctly then we may never have spent the next 45 minute commute discovering who Mr Tumnal was… And then, a further 45 minutes in the afternoon working out what his story is. Thank you.

READ MR TUMNAL FOR FREE FOR ONE DAY ONLY

To celebrate Mr Tumnal’s 9th anniversary, you can download and read the eBook for free for one day only today, Sunday 9 August 2015!

Everyone has an idea of their ideal family. Not everyone’s become real.

Lewis Tumnal is a man with the life he always dreamed of: a job he loves, a wife who loves him and the smartest, sassiest daughter he could wish for. It’s also the imaginary life of Louis Tumnal, an English teacher and lonely bachelor.

When he joins a photography class he meets Kathryn Summers and the real and the imaginary become entwined, Louis and Kathryn need each other to free him from his childlike and innocent world and the magic that has bound him for twenty-two years. But at what cost?

READ MR TUMNAL FOR FREE FOR ONE DAY ONLY