A Disturbing and Distopian Vision 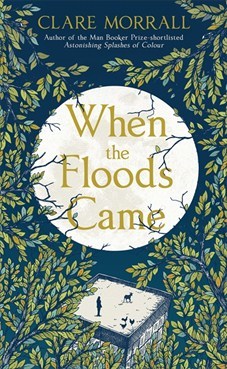 When the Floods Came by Clare Morrall

I heard the author talking about how the idea for this book came to her after imagining what a waste motorways were on cars, and how such wide, level, often-elevated roads would be so much more suited to riding along on bicycles. The idea struck a cord with me and drew in me to want to read this book…

It’s a disturbing, distopian vision of the future, one in which sees us living in a world that is trying to rebuild after the three-pronged attack of (man-induced) environmental collaspse, a deadly virus pandemic, and our over-reliance on technology. It’s a fantastic premise, delivered in an engaging, pag-turning style, but it does fail to deliver a satisfactory story in the end.

The Polanski’s live on their own in a deserted Birmingham, making good with their lives and either helped or hindered by regular drone-drops from an unseen government. We’re told that Brighton is where its at ‘after the floods’ but we don’t know why that is where the seat of power is. They do have internet communication, and their have been some technological advances in this bleak future, but it is more a lesson in how over-reliant we have become in other people providing us with the tools to live, and the information we need.

The story builds with an urgency to escape and and find safety but when it comes it is to more uncertainty and reliance on outside bodies, not the freedom of going it alone which I would have thought was the real goal? Maybe there is a sequel planned, although it is not directly hinted at here.

Rarely have I read a description of spaghetti junction that makes it sound so beautiful!