Better Drowned Than Duffers If Not Duffers Won’t Drown 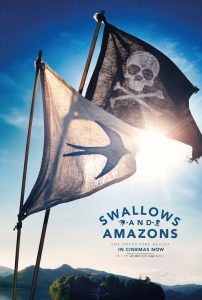 Swallows & Amazons has always been, and has remained, one of my favourite books through my life. Maybe its because it was the first full-length novel that I read on my own (I still remember my Mum’s disappointment when she came up to read the next chapter to find I’d already skipped on ahead), but partly I think it’s the timeless nature of the book.

Whilst Enid Blyton – that other perennial children’s favourite – has dated to the point of uncomfortableness, the Arthur Ransome books have survived. Yes, they mention old money, eat pemmican, and drink grog, and if you tried to recreate the stories today it could never happen thanks to GPS tracking and mobile phones if indeed the children were allowed to go sailing out to, and camping on, an island in the middle of one of the biggest lakes in the Lake District on their own. Yet none of this seems to matter. You read past these things in a way that makes the books a timeless joy to read.

I’ve loved the 1974 film for years – indeed my much-loved paperback happens to the the Puffin books film tie-in, and I was enthusiastic to to see the 2016 remake. I had heard about the spy sub-plot addition but was unfazed by it – Arthur Ransome himself was a spy, and Captain Flint always seemed like the author in disguise so this seemed like an interesting development. What we get though is a brilliantly acted farce of a subplot that tries to take-over and make th story of Swallows and Amazons something that it is not.

It is a loving adaptation. There are a number of moments that are lifted straight from the pages from the book and skillfully played out for us. Titty (her name aside) is one of the most faithfully reproduced of characters which is good as she was always my favourite – probably the writer/daydreamer in her, and I think it was these moments that made me enjoy the film despite the farce of the spy sub-plot. 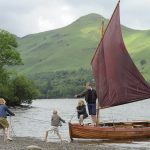 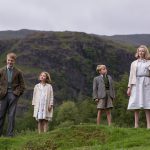 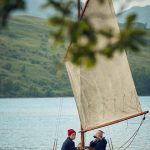 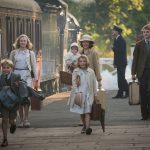 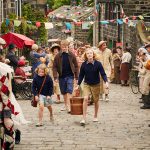