So, one year after we decided to do it, and nine months after signing up to the challenge, Emma and I completed our Stonehenge Trek – 26 miles of trekking marathon. Last night we headed down to Salisbury with my parents to stay in a B&B nearer to the start, and then must after 6am with the sun only starting to rise over a beautiful misty September morning, we arrived at the start, nervous for our day’s adventure.

At 7.08am we set off and passed through the starting gate on a route that took us down through posh houses – who must have been wondering what 500 people were doing walking past their front doors early on a Saturday morning – to the River Avon, and on through centre of Salisbury right through the Cathedral close. At one point, all we could see of the cathedral spire (the tallest in England) was the very pinacle, appearing Cheshire Cat-like out of the morning mist. It truly was hauntingly beautiful.

Then came the long walk up hill to Salisbury Racecourse in the sunshine, and the 6-mile mark and first water-stop. Refreshed, we went on along old Drover’s paths, up hills and through woods, another 8 miles to the lunch spot. We were carrying plenty of water and energy-rich snacks but we really needn’t as the organising had all laid on. The sandwiches weren’t so special, but there were tray bakes to die for.

After luch we just about reached the Stonehenge viewpoint before the good weather broke, so our our view of the stones was somewhat faded into the background. The rain then set in big time all the way back to Old Sarum.

Possibly the strangest thing of the day, was just a mile from the finish we arrived at a layby where two cars were parked up. In one car, there were some small, children with binoculars looking out for family and friends. As I passed the other, a man got out as I was waiting to cross the road and took my hand, and pressed a small square of paper into my hand and folded my fist over it. He said, “You’re doing well, you’re almost there now. Put this in your pocket and don’t look at it until the end.” I thought that it was just some random stranger who saw the event happening and was picking on random people to pass on a donation, and thought nothing more about it after thanking him kindly.

We rounded Old Sarum and crossed the finish line to be presented with our completer’s medals. It wasn’t until my Mum and Dad joined us in the tent that I took out the small square of paper. It proved to be a neatly torn off piece of a paper bag containing £26 and a note asking me to tell Debbie (my Mum) to call a mobile number and that this was a donation for Team Shepherd. He must have recognised me enough to pick me out from all the other sodden walkers, but not be known to me but be more a friend of my mum than my dad. We have called the number but so far are none the wiser as to our anonymous benefactor… 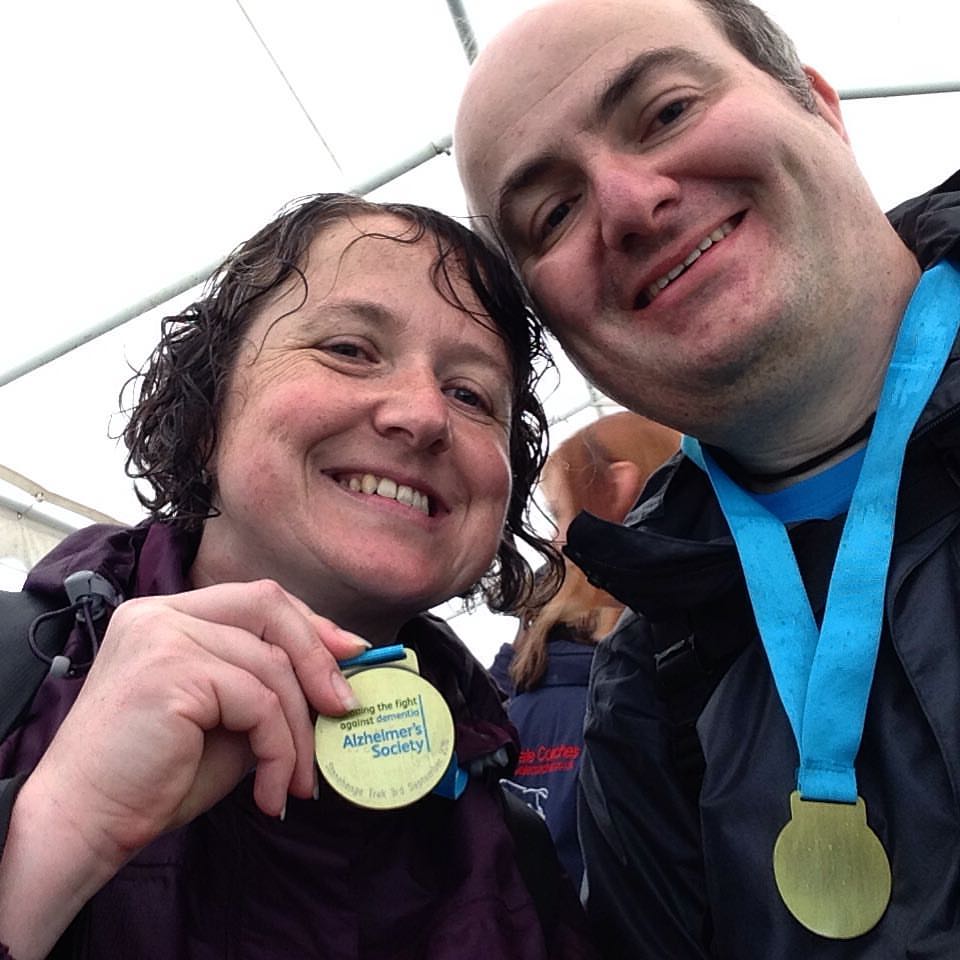 journal
The Ridgeway part 3: the training continues
journal
A relaxing walk by the canal…
journal
Unzipping one’s legs to the new season