The Miscellany of Life

The journey itself was more or less uneventful, apart from the back end of the bus seemingly managing to have an altercation with a stationary lorry whilst stationary. I certainly noticed the secondary knock, sustained as we tried to ease ourselves away. Thankfully we were close enough to the bus station that the driver allowed us to disembark and flee the scene of the crime.

Woke this morning to the news that the art critic and author, John Berger, has died. I remember reading his seminal book, Ways of Seeing, as an art student myself and how readable and understandable he made it all seem. I seem to recall some of his thinking made it into how some characters in my (unmade) televison serial, Dreamscholars, looked at the world.

Ways of looking at the world is something that I’ve been thinking about a bit today. Much of what I am about to say will probably make it into some kind of book review, but I’m very much enjoying reading Alan Bennett’s Untold Stories. The first section – the untold stories of the book title – is untold in two ways. One, because it is actual untold family history and truth that you only discover years later. The other, secondary reason is because, unlike the diary entries that then follow it, this is Bennett looking back at somthing that has not been written about before in diary form. In this way, the two sections, balance themselves out. The first section is a narrative. The second section is a miscellany of life: long reviews of art or music, or accounts of discussions with famous people alongside in every sense of the word with records of the sandwich he made for lunch, or what ordinary thing he watched on television, or a curiousness about something he’s seen on the street. This is my kind of miscellany. 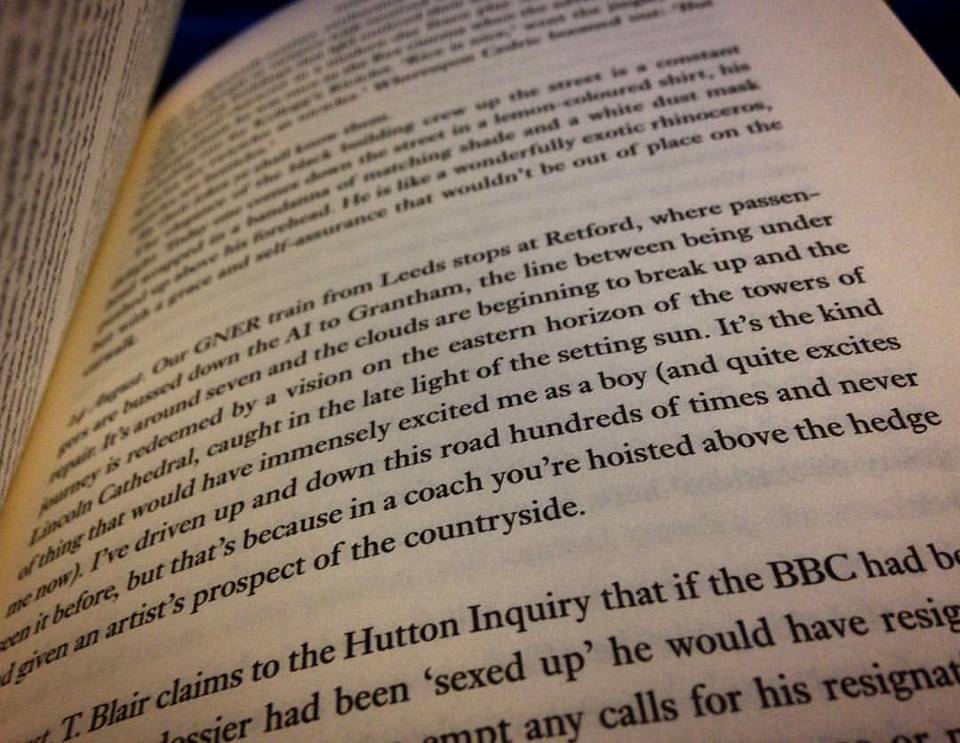