Mr Tumnal, Aspergers, and Me

Today sees the start of World Autism Awareness Week. Autism and aspergers are hidden conditions. At their most pronounced autism is a condition that can isolate people from the world and make it hard for them to cope, but even at it’s mildest it is a challenge to live with in a world where other people don’t consider to be a problem what they can’t live. Just because they appear to be normal, hold down 9–5 jobs, and appear to have normal family lives, does not make their day to day lives any more of a struggle.

It took until I was 30 and put through workplace bullying before I discovered I probably had aspergers and it was another couple of years before I had a semi-official diagnosis and 1-2-1 coaching to overcome some of my biggest challenges. Since then, I have had progressed in my career and found my one-true love (and accompanying menagerie of furry, feathered, and fishy beasts), and I am so much better than I was at understanding the world and those unspoken cues. Sometimes I think I understand too well, and that it makes it all too easy for other’s to forget that sometimes Thomas, through no fault of his own, just doesn’t get as quickly as you might expect him too, what others understand straight away. 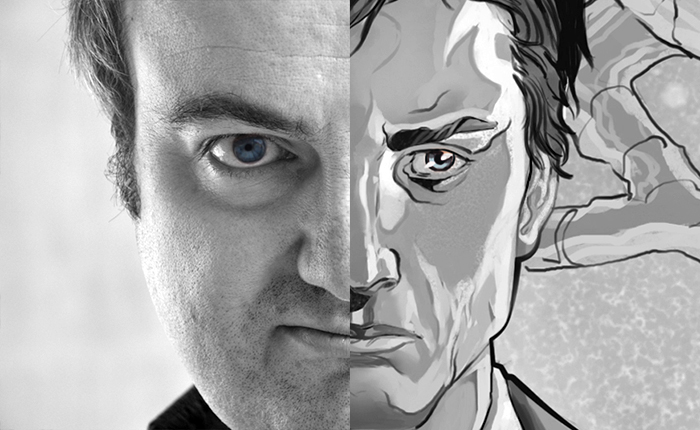 In my writing life, the thing that I struggle most with is showing not telling. Considering that probably the single-most lofted criticism at a writer is that they tell not show, this is unfortunate thing to be lacking in. The fact that I pull off the very personal story of Mr Tumnal is something that I feel very proud of, and if I can do the same with it’s forthcoming sequel, then I will be extremely lucky in deed.

Mr Tumnal is outwardly a story of a man who married his imaginary friend. How much that imaginary friend has to with fairy magic is something the reader must discover. At a more personal level it is a story of a man who is not friendless but without that one close friend; who is not alone but is lonely. It is a story of a man illequipped to deal with the complexities of ordinary social situations that most people take for granted. He finds comfort in his own company because that is where he is understood. Some might brandish him a weirdo. I would argue he’s just different. And like everyone who is ‘different’ from the norm he has his own gift to bring to the world.

In supporting World Autism Awareness Week and the work of the National Autistic Society, I would like everyone to find out a bit more about what makes some of us different, and the challenges we face, and to give us a bit of space of understanding in the world.

TE Shepherd is the author of Mr Tumnal and The End Of All Worlds. In support of World Autism Awareness week, from 27 March to 2 April 2017, he will be donating 50% all profits raised from the sales of his book to go to help support the work of the National Autistic Society.