Giving Voice to the Silent

On Saturday I took part for the second time, as author and panellist, at the 3rd Hawkesbury Upton Literary Festival. I reprised my role from last year for the talk on Writing About Difference. 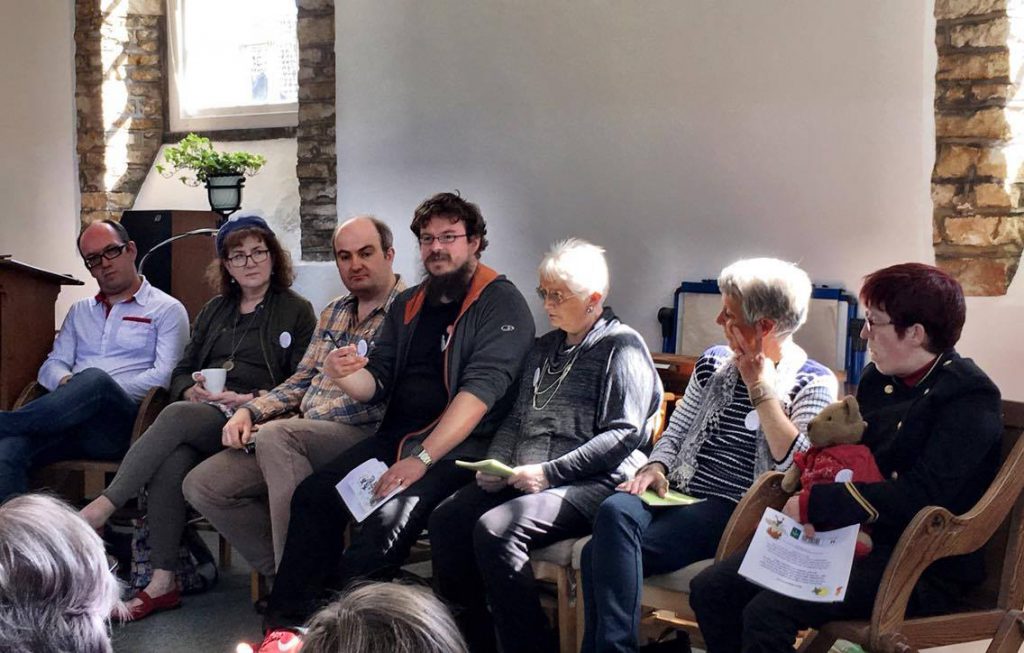 This is a discussion that, just as at last year’s festival, was something very special, and for my own small part on it is something that I am very proud of being part of. One of the proudest achievments over the last year is meeting Joy Thomas, and Jo Allmond and Jess Hiles. It was because of last year’s festival and the panel discussion that we were all on together that Jo and Joy put together Silent Voices, an anthology of poems written by those who are not always heard.

This is a collection of poems written by authors, some of whom have preferred to remain anonymous who are directly affected by seen or unseen difference, or who are the carers of people with mental or physical disibilities. My only part in this project was to typeset the book for print and ebook, but I gladly gave this time in order that Joy and Jo could have the book ready to launch at this year’s festival – back where it all began a year ago.

The paperback edition is released on 1 May 2007, but you can download Silent Voices to your Kindle now.