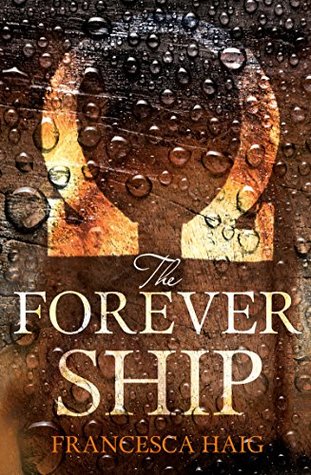 The Forever Ship by Francesca Haig

What is there more to say about to this book other than it is the explosive finale to the Fire Sermon trilogy of books. For a world where everyone is born with a fatal bond of twinship, where one twin is healthy and the other disabled in some form and they are segregated as such into rival ‘races’ – the Alphas and the Omegas – there is only one way that this story can end.

For one cannot live if the other doesn’t survive.

Francesca Haig keeps you guessing though. Cass is a seer though, and her visions show a world that is burning. This is a book that races towards history repeating itself with another nuclear attack on Elsewhere – the one place that could save the Alpha and Omega people and end the war. Can Cass change the future. Expect as much of a rollercoaster of life and death and emotions pulled every which way, as in the first two volumes of this trilogy. This is a story that does not pull any punches as it holds a mirror up to our own society.

This is an epic story set years in the future, but it is unnervingly a story that could so easily become a reality.

You understand the power of stories. It doesn’t matter if every word isn’t accurate. It’s the message that matters. You knew that, even then. You know that stories matter.