Good Reasons for Writing by Hand 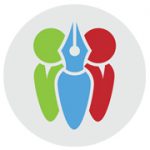 I originally wrote this post for the Alliance of Independent Authors‘ blog, where I explain why I choose to write by hand, tempting as it might be to jump aboard the latest technological bandwagon. Can I persuade you too to give it a try?

(This is an abridged version of the original post, but you can read it in full on the Alliance of Independent Authors‘ website.)

This isn’t another one of those ‘how to write’ posts, it’s a post about the actual physical nitty-gritty of how we go about putting our stories down into words.

Lots of writers now use the ubiquitous laptop – some have even found a way of writing on tablets, and others still, as recent discussions following the recent BEA Indie Author Fringe have shown, have been talking about how they use voice recognition software for dictating their stories. 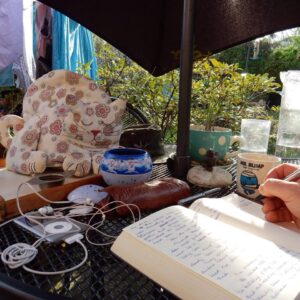 I should imagine that most writers have, at some point, had that dream of writing novels in some remote cabin.

Remember Captain Flint on his houseboat? Or Laurence Durrell in My Family & Other Animals? The writer at his typewriter, clattering keys against inky ribbon to give life to their stories – surely every writer has had that dream? The modern equivalent would be the laptop in the coffee shop.

When it comes to practicality though, I have always and still do, favour pen and paper. Specifically fountain pen and leather-wrap journal. It’s what works for me. Of course writing this way is not without

Of course writing this way is not without its downsides. Principally there’s the typing it up afterwards (‘though this too does have its own pros, but more of that later). So to counter the typing-it-after phase, I have experimented with other means:

This is all before you get to the actual creative process.

I can touch-type (the most valuable qualification I have!), but even so my fingers at the computer keyboard do not keep up with my creative mind in the way that the pen does between my fingers.

The Advantages of Writing with Pen and Paper

I’ve been known to write (as those dreams would have it) for hours in my favourite coffee shop or library, or in snatched moments at the end of lunch breaks at work, or on the bus whilst commuting. 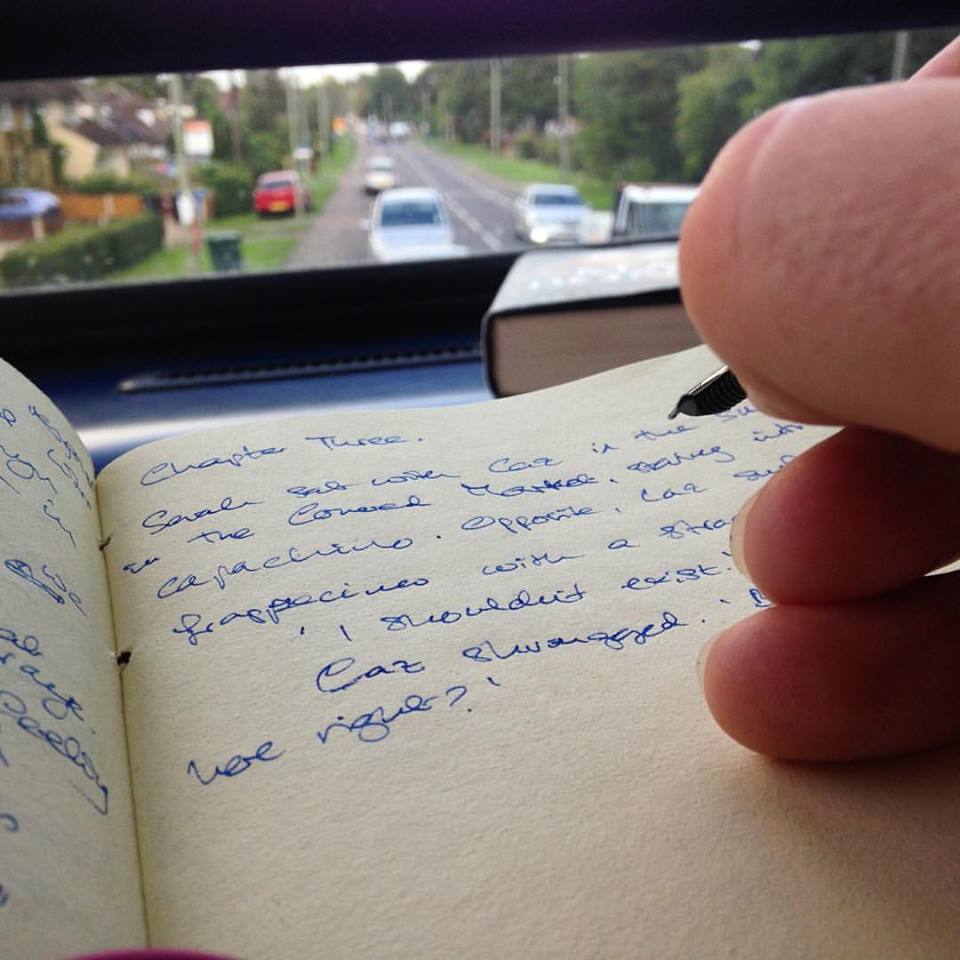 Writing on my commute by bus 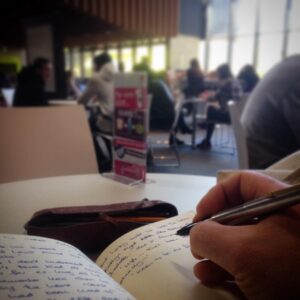 Writing by hand in a restaurant can get you better service!

There have been times when dining alone in a restaurant that I have got my notebook out to write, and after asking to keep a copy of the menu beside me too, received the most-fantastic and attentive service! Always a handy tip to know!

I wouldn’t be without my laptop, and I have even made use of tablets with Bluetooth-connected keyboards for editing purposes., but for that all important first draft it will always be the simplicity of a pen and paper for me.

But for that all-important first draft, it will always be the simplicity of a pen and paper for me.

OVER TO YOU What’s your take on writing by hand? Have you any top tips to add to the points I’ve made? I’d love to hear your views!