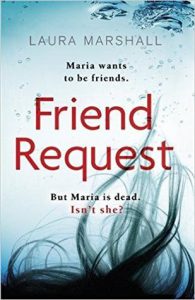 The book that is, from the title on, all about Facebook this is a psychological thriller for the FriendsReunited generation. It concerns our protagonist, Louise (I am loath to say heroine as Laura Marshall deliberately paints her mirky past), who like me left school in 1989 and then grew up through the rise of the internet and the growth of Facebook and social networking.

This is a tense thriller with many twists and turns as it shifts between 1989 and 2016. It begins with a friend request to Louise from Maria, but Maria died 27 years ago. Or did she? As Louise tries to unravel the past and figure out fact from fiction we find ourselves tossed around between liking and being suspicious of our lead, and her sometimes friends.

This is a book in which, through the plot of a tense thriller, Laura Marshall reflects perfectly what we have probably all felt growing up at school at some point. There are the insecurities and the loneliness of school. And then there are careful observances of how life has changed in the years that has followed.

This is a story that doesn’t let up through out, and keeps you guessing right to the very last page. If I was to have one criticism, it would be that, for someone who knows the power and the good that social networking can do, there is an a stereotypical attack on the dangers that I worry will have people rushing to delete their accounts.

Friend Request is an impressive debut novel by an author to watch in the future, and I’m sure it won’t be long before we see the casting for the movie! 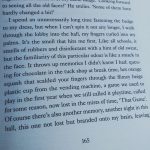 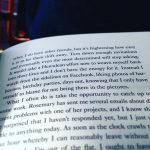