A creative and delightful fairytale 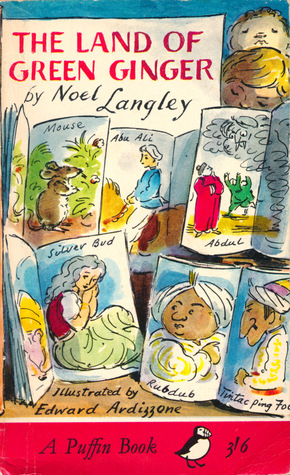 It was the Edward Ardizzone illustrations that drew me in compulsively to this book, and they are an absolute delight – full of magic and wonder and joy. From the beginning it’s a book that reveals itself as a sequel to Aladdin and has a real fairytale/pantomine feel to it.

The story has everything, from wicked princes, to thieves, to djins and comedy characters, but it is a very old fashioned fantasy. Creative and delightful it might be but it’s also borderline racist I think (probably more than borderline if you take it out of it’s time and judge it on today’s standards, which for the record I really shouldn’t do.)