A harsh, unforgiving tale that is not without hope 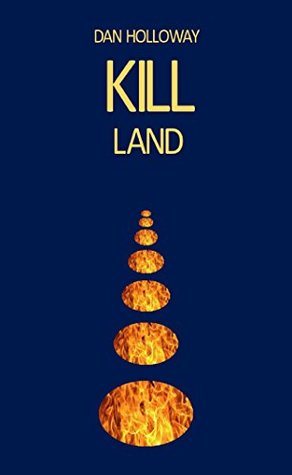 I approached this book with trepidation because a perceived reputation for it’s sole-destroying depression. Maybe that was a misunderstanding on my part because what Dan Holloway was saying was that it was “lacking redemption”. Either way, I think it’s still being a bit harsh on on him and his novella.

Kill Land is more than prose, but long-form poetry, almost written to be spoken – it’s companion piece in this volume, Stitch, definitely is. This is not surprising, considering that Dan is also a performance poet and activist for many a cause (mainly along the lines of accessibility, and mental health awareness.

I was always going to be attracted to this book as it is set in an ‘other’ Oxford – a bleak, unprepossessing Oxford where the tunnels that were once part of the Bodliean Library are now occupied by other more shadowy forces.

Do not be put off by this story. It is at times bleak. It’s subject matter will hit you hard, and it’s written in such a way that will affect you. Like life, this is a story that is never entirely resolved, but despite what Dan says, it is not without some hope.