A Journey North: The Holiday Begins

Wednesday. Morning comes again, and so does breakfast in the vaulted, basement of the Marco Polo Club. After Zoë’s description of last night we decide to go to the Ethnographic museum, and take a variety of metros and trams down to the parliament by about nine-thirty. The museum doesn’t open until ten o’clock, so we cross the street and sit in the gardens opposite the parliament building and watch the world go by. There’s a gardener watering the flowers, stopping midway to drink from the garden hose, and then later, upon finishing the circuit, washes himself in gushing water. 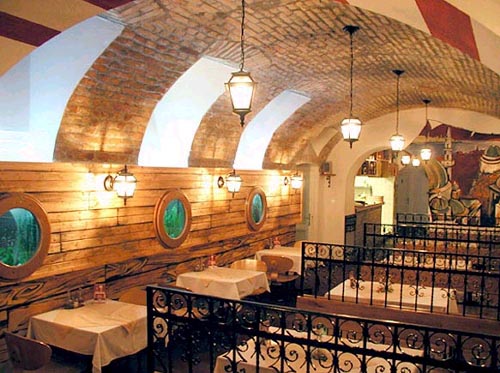 Within the grand architecture and main hall of the Néprajzi Múzeum, we aim to go directly to the ethnographic exhibition, but are directed by an enthusiastic attendant into the Pipes and Pipers in the Carpathian Basin and Beyond temporary exhibition. I’m glad we did. It was a fascinating tour of traditional pipes and piping – I had previously not realised that the tradional Scottish bag pipes extended geographically quite so far… 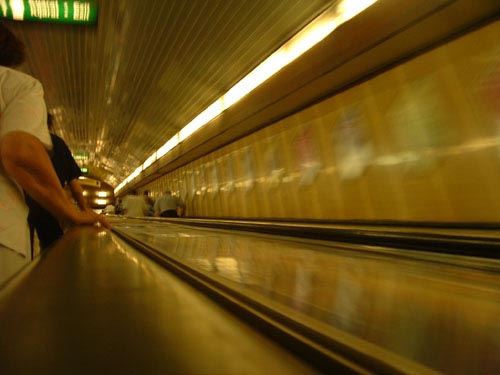 And then to the main event! Folk Culture of the Hungarians is a tour of traditional Hungarian life, with the focus on agriculture, the exhibition also shows us the traditions and daily life of Hungarians through the ages. An hour and a half later, and a quick tour round a very strange and eclectic third exhibition, and we leave the museum at eleven-thirty, heading back on a tram and the M1 metro to the Széchenyl fürdö thermal pool, situated in the city parks.

Inside the entrance hall to the pool, paraded by attendants in white gowns, we are faced with a confusing array of lines we queue up to pay, and then queue again to enter. We press our plastic token to the turnstile and gain entry. Within the locker room, are more white-coated attendants – doctors it seems – and we are directed downstairs to a smaller locker room in the basement. It takes two to lock away our bags, first we have to use our key in the locker, and then we must go and get an attendant to use his key. 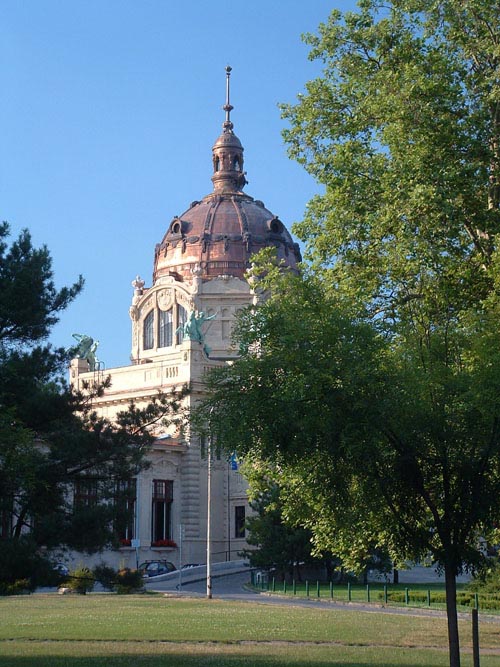 We try several hot pools beneath colonnaded roofs and moulded plasterwork, the icy cold plunge pools, and sauna before discovering the main event: the outside pool. A Turkish Bath by any other name, there are several pools of differing temperatures, and one – our favourite with air vents in the floor that push water out, bubbling and frothing. There is also a ring of water in the centre of the pool, into which jets of water push you round in an endless circle. The more people who join in, the faster the water flows and the more out of control you find yourself.

Two hours later we drag ourselves reluctantly from the pool, and at two o’clock we emerge from the front entrance, and into the unrelenting sun. We dive for the nearest ice cream stall for refreshing lollies and head down to the metro station which we find to be refreshingly cool. The thing about the metro trains in Budapest is that they literally follow one another at thirty second intervals, so we let not one but three trains pass, as we eat our ice-lollies.

At the Oktogon we change back to the tram, jumping from it halfway down the boulevard to stock up on plasters. Back on the tram we return to the Marco Polo for the last time, and a quick change of bags before returning to our local metro station – and the bus replacement – to Nepstadion.

Alighting at Nepstadion, we can’t find the coach office, and a non-English speaking ticket office doesn’t help, directing us back to the metro. We ride another stop on the metro. It’s wrong – we know it – and run with heavy bags over the bridge and back on the return train, forcing our way through insistently closing doors to get back to Nepstadion. 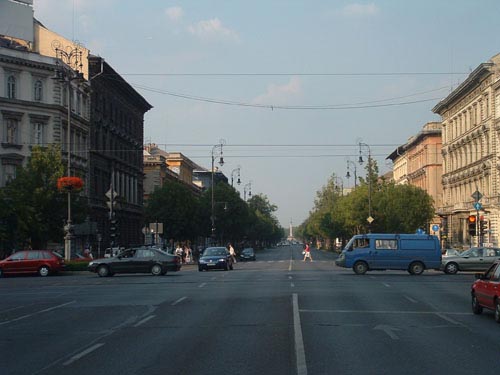 This time Zoë sees us and calls us over to the coach station – to be found beneath the Nepstadion stadium. We buy our tickets, and then meet up with Leonie and Jessica before Martin arrives. We are seven. Just one more volunteer to find, and Helen to meet at Kelemer…

Another ice-lolly later and some water – introductions done, it nears four o’clock. We go to stop #5 and we are joined by another – Louise – from Denmark. Then as we wait for the bus – Ewan joins us and as we fill the luggage space with our bags, another joins us.

At the stroke of four o’clock, the bus pulls out of Nepstadion, the ten of us taking up spaces for sixteen or more at the back of the bus. At the back of the bus, Zoë, Leonie and myself eventually discover the last ‘extra’ person is Clair – an American kindergarten teacher, living for the last six months in Budapest. 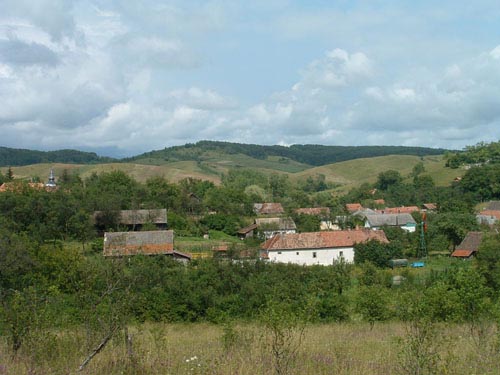 Three and a half hours later, right on schedule, we pass the welcome to Kelemer sign, and pass also the first bus stop. Martin rushes forward to the driver, but the bus soon pulls in at the second bus stop, where Helen is waiting with two Hungarians and a couple of cars. Soon we are being introduced to Attila and Gabor, and Francois (a French student, here for the summer), and Helen is checking off our names on her participant list, and Ewan is introducing himself as a late-joining volunteer not on her list.

Packing our bags into the green Skoda and the yellow Travant, to be driven on ahead, we walk with Helen the two kilometres from Kelemer to Gömörszőlős. By the time we arrive in the (surprising) well kept, and large village (both Jessica and myself had imagined it being more ramshackle and smaller – more remote), Helen has discovered the existence of Clair, and where she thought there were eight volunteers, now there are ten. 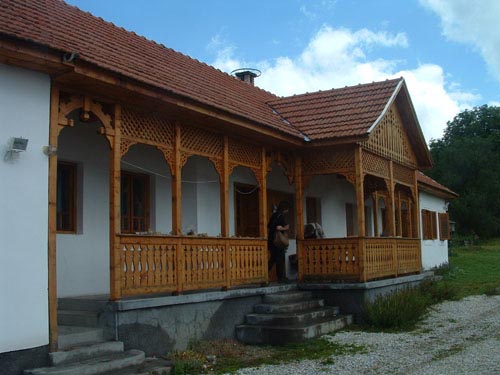 The accommodation is to be found in a modern, fuel-efficient sustainable extension to a restored traditional building, and comprises four 4-bed rooms opening off a verandah, and sharing two bathrooms. We do a little unpacking before it is supper. Soup and bread with tender meat, it is delicious and much needed.

After dinner our host’s light a fire and we sit round chat. As the light fades we wind our way to bed…

Day Five: Breakfast in the hay meadow, scything on the Slovak border, meeting Wendy, and an evening lard roast…