Thursday. Six o’clock, and I’m staggering bleary-eyed from my bed, to meet out in the yard as the tractor is loaded, and rubbing on suntan lotion. Scythes are loaded into a second, smaller trailer, hanging off the back of the larger trailer, that we clamber into, arranging ourselves on mats down each side, feet interlocking in the centre. In the fresh, early light of morning, we are driven through the yard, and up through the village. Past the little church, nestled amongst trees, we are at eye-level with the four clock faces, one on each side of the tower, and painted on at fixed but different times. 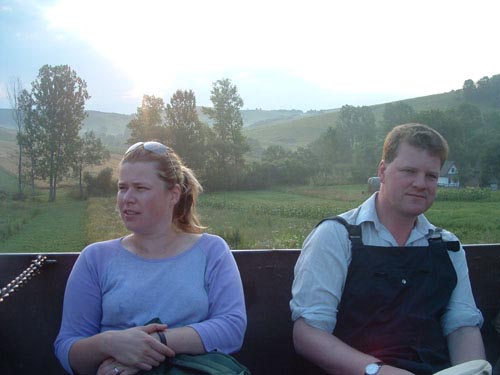 Time is an irrelevance in Gömörszőlős, why count the minutes when the hours look after themselves? Ducking occasionally to avoid the overhanging trees, we arrive at the organic orchard nestled to the side of a hill just a field away from the Slovakian border. 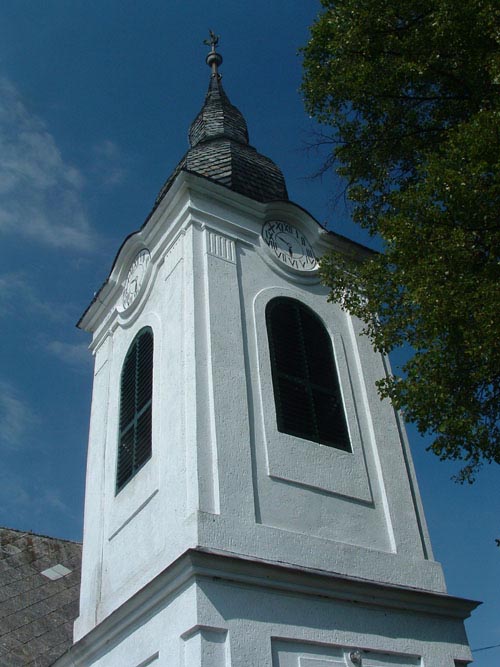 Tamas – Attila’s predecessor at the institute in Gömörszőlős – gives us a talk about the work we will be doing, the importance of cutting the hay the traditional way to preserve the biodiversity of wild flowers, and native orchids as well as nurturing the growth of young fruit trees. A tool talk follows, that firstly illustrates the correct way to work with and carry the pitch forks and the rakes. Then comes the scythes – and we’re not talking little garden sickles here, but proper Grim Reaper scythes, with full 3-foot blades on five or six-foot handles! 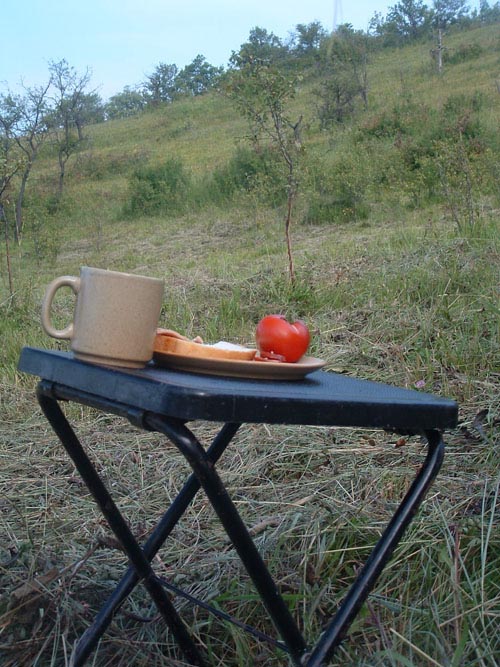 One of the Hungarians we will be working with, and our tractor driver, is Imre, a dark-haired, darkly-tanned man of quiet demeanour, few words, and a basic grasp of English, selects scythes for each of us, and sets us to work scything the meadow, working round to the left, one following another, always working inward. 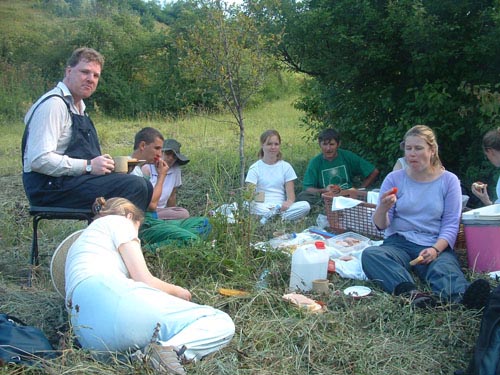 After an hour we stop for breakfast. This consists of tea and slabs of cheese and sausage on thick hunks of bread, and big, juicy red tomatoes from the village and long, thin, pale peppers. It’s rounded off with another hunk of bread, dripping with organic honey.

Back to work, we scythe in rising temperatures, taking regular breaks to catch our breath, chat with our near-scything-neighbours, and ponder our technique. Each hour we take a water breaks, and gather again as a group by the tractor, before at eleven-thirty, with an acre or so already cut, we are packing the tools back into the trailer, clambering in ourselves and making for home before the heat of the day is upon us. 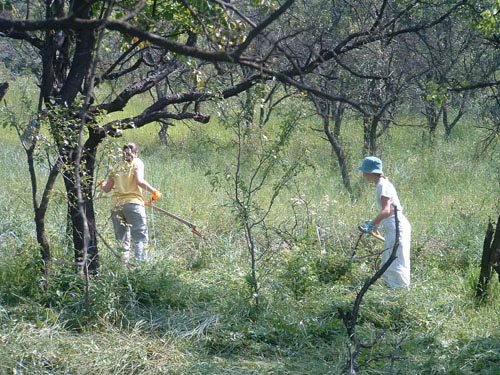 Back ‘home’, I shower and change into clean clothes, feeling the bliss of being rid of the cocktail that is insect repellent, suntan lotion, and sweat. At one o’clock, lunch – the main meal of the day – is served. Haricot Bean Soup, is served up with what we eventually decide to call bready-egg – a herby omelette in the form of a ‘loaf’ cut into slices – which is chucked into the soup, like a massive eggy crouton. It’s delicious and is followed by Hungarian Milk-Loaf for desert. Hungarian Milk-Loaf consists of a square of doughnut-like dough folded in over so that the corner meets over a filling of cottage cheese, egg, lemon, sugar and dill – and is delicious. There three each for us, but we can only manage two after second helpings of the soup. 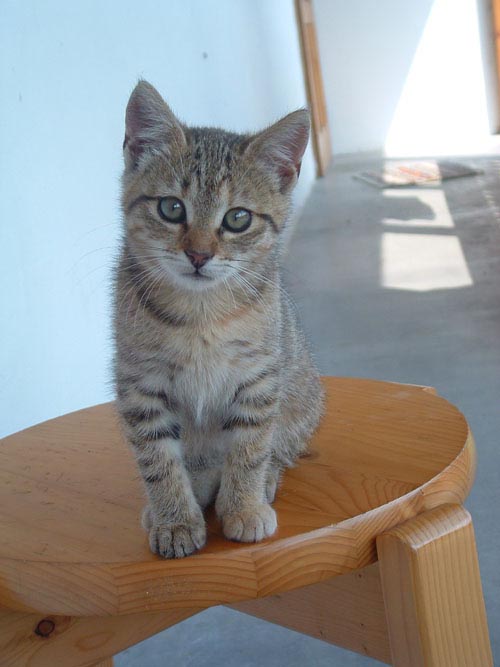 Post lunch, we retire, some for siesta, some for a leisurely walk up the hill in search of mobile phone reception, and some to read or to write their journals. I bring a stool out of our room, and sit on the veranda to write up these pages, when Shakira darts up the steps and falls over herself, landing in a ball of her own furr at my feet, purring, and pawing at my ankles. Shakira is an adorable kitten that lives here. No more than a few months old, she is playful, and attentive. She comes up on my lap for a cuddle, purring profusely, before settling down for a sleep propped on one leg and a hand whilst I write, journal propped on other thigh. 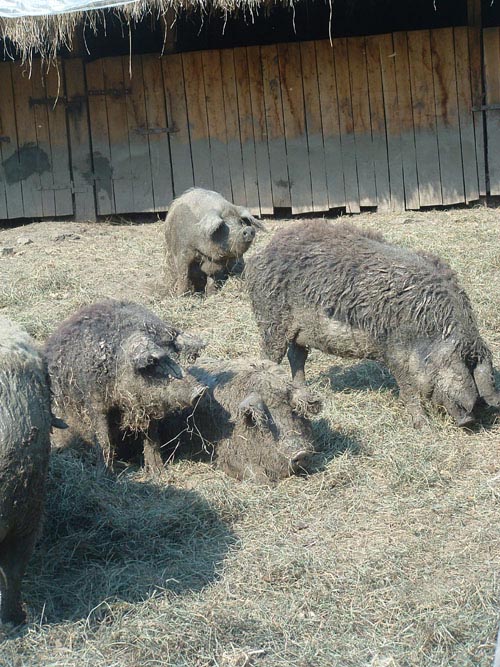 Three o’clock, and folk emerge again for a village walk – or more, a tour of the organic farm. We are introduced to a donkey called Csăbi (pronounced: chubby), two affectionate dogs called Sooty and Morgó, and are introduced to a herd of hairy pigs, including one, we learn, called Wendy.

Next up, we have time for a cup of tea before our demonstration of paper making. I’ve seen this done by others at college – and in particular I remember the final show of one student who had created a project on homelessness by using home-made paper as the building blocks to make the street scene complete with a lonely, begging figure – but strangely I had never had a go myself. 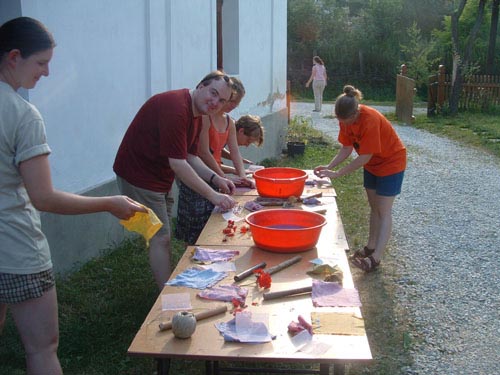 Márti, a young girl whose command of English is not good, presents the activity and so Attila stands in to translate. She – they – explain the process, of shredding old paper and organic material, and mixing it with water and a little paint to give it colour. She demonstrates the use of the mess, to gather up the pulp and sandwich it between another sheet of mesh, and using cloths to roll out the paper. She includes the use of flowers and petals to imprint into the paper…

Then it is our turn, and to be as creative as we can – and we do – as we each make our own take on the process. As we put our paper to dry, the afternoon filters seamlessly, with little time for drawing or chat, before an impromptu demonstration in the construction and upkeep of the traditional Hungarian buildings. 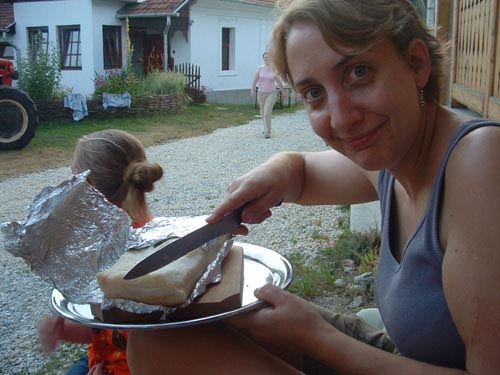 Monica, our cook from next door, needs to make remedial repairs to one of the store sheds, made from traditional cob. We watch as Attila explains and Monica does, as the mud and chaff are mixed with water to make a binding clay that is slapped into the broken render, and smoothed off by finger and hand. 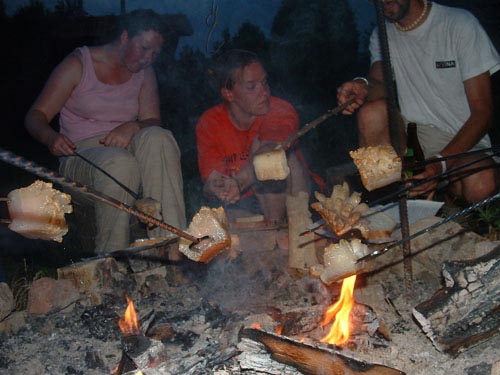 The demonstration leads into a discussion with Jessica and Martin about architecture, Jessica’s student projects, the design and build of my parent’s house, our likes and dislikes, the advantages of the Victorian terraced design, and the importance of sustainable and ‘green’ technologies.

The conversation ranges across the subject and continues up to the start of the evening meal: the Lard Roast. None of us were entirely sure what this would involve – except for a certainty that a quantity of lard would be at its heart. It transpires that lard not only was at the heart of the meal, but was, in its entirety, the meal. We are presented with a large slab of sold pig fat, heavily salted. This is cut into blocks and handed to us along with a skewer, thereafter we are directed to the fire to melt the fat and drip it onto hunks of good bread. Bread and dripping essentially, we take advantage of as much fresh onions, tomatoes and peppers to make the meal, more than interesting, but enjoyable. 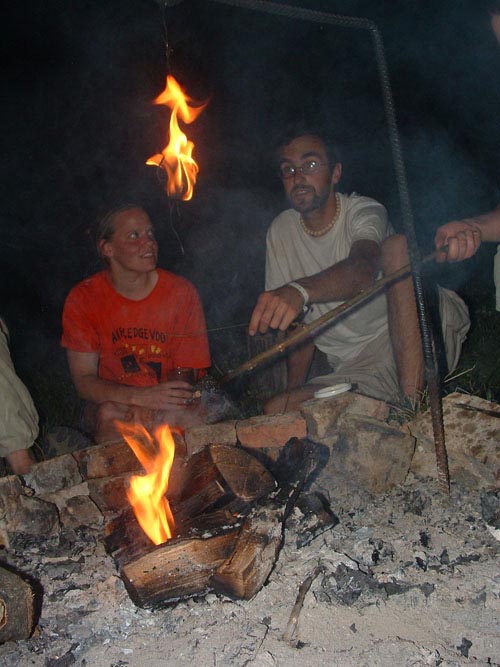 Beer and win make an appearance as the light fades and soon all kinds of homebrew from Gabor are circling the fourteen of us. Attila reveals ‘truths’ behind Tamas and his sudden departure from his job in Gömörszőlős, and his relocation to another village a position elsewhere in the institute.

After we have had our fill – for some this involves a second or third helping, or (in Helen’s case) eating the crackling at the end, whilst for Zoé and myself this means barely the one helping – we move on with playing with our food. 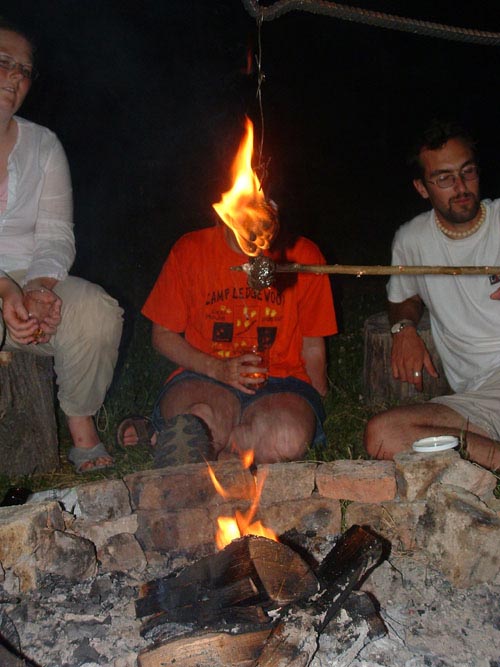 This involves the far more entertaining, and at times skilful, activity of burning chunks of solid fat, catching the lard on the hook above the fire and watching as it slowly heats up to catch light in a burning ball of flame. Cherries soaked in Palinka (a Hungarian brandy) make the circuit a few times, before the fire dies down and we are without a ready source of chopped fire wood. Finally, as we are plunged into smoky darkness, this is the signal for bed. After all, it’s another early start tomorrow…