The Hawks and The Pigeons

Sunday. Waking with the sun streaming in through the windows, I shower, and head downstairs to the outside dining room – basically a raised decking area behind the main house with reed walls, and corrugated plastic roof and open windows to the wooded ravine below. Breakfast this morning is at a leisurely hours, and is omellettes. A little later, Adriane and the Romanians arrive.

An impressive thunderstorm delays our walk but the sun comes out again and we gof for a walk up the valley to the first of the campsites we’ll be working at. On the way, we see fields with traditional haystacks and high-rise mobile beehives on wagons and brightly painted coloured houses.

Back to the base for lunch which today is soup followed by pork and potato, and pancakes for afters, and an afternoon of games and chat.

Adriane brings the first of his games – one a life lesson, wherein we are divided into two teams. We have the ‘Happy Team’: Jessica (team leader), Jenny, Thomas, Claudia, Florine, and Kat; and the ‘Winning Team’: Tom (team leader), Joe, Dori, Neil, Michaela, and Cosmin.

We have a conference at the beginning, and our team leaders, Jess and Tom agree to play pigions all the way through to achieve a ‘positive’ result. 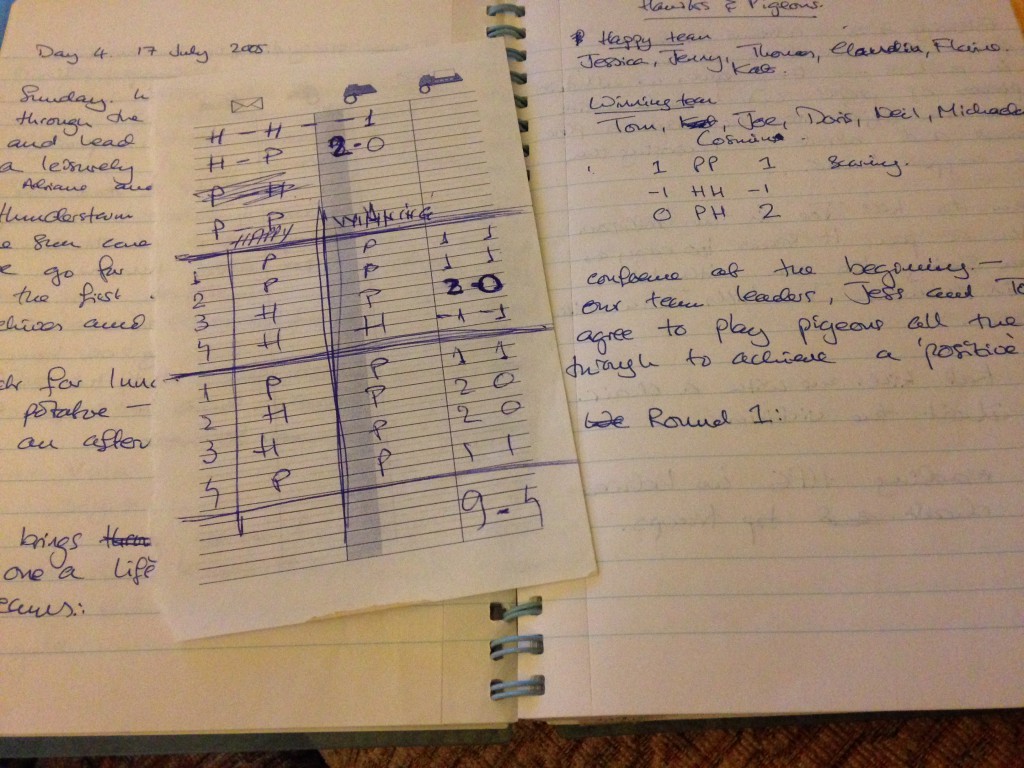 On conclusion of this game, the Happy Team are declared winners, having outplayed the so-called Winning Team.

Following this game, Adriane starts a game of ‘Killer’. He puts all our names in a hat and then gives us all two pieces of paper. We have to write down an object near hear and a place around and about, choosing them from cupped hands.

I am to kill Joe in the bathroom with a pen. It sems too easy as I am sharing the room with him. Winthin minutes Joe kills Tom with a flower. Then Kat kills me with a chair. Both inherit the victims of those they have killed.

I start reading Harry Potter and the Half-Blood Prince in between games of Cheat and Top Trumps. Later in the night we have a walk up the mountain into the night. We reach a viewpoint, over the valley. The clouds park and I hould like a wolkf. Joe rquests me to howl again as he films the moon on his plane. Further up the mountain as the dark really starts to close in we find what we imagine to be Drakula’s castle but is actually a hunting hut for bears and wolves.

Back down to the cabin and a sit in the alfresco dining area – we have beer before bed.