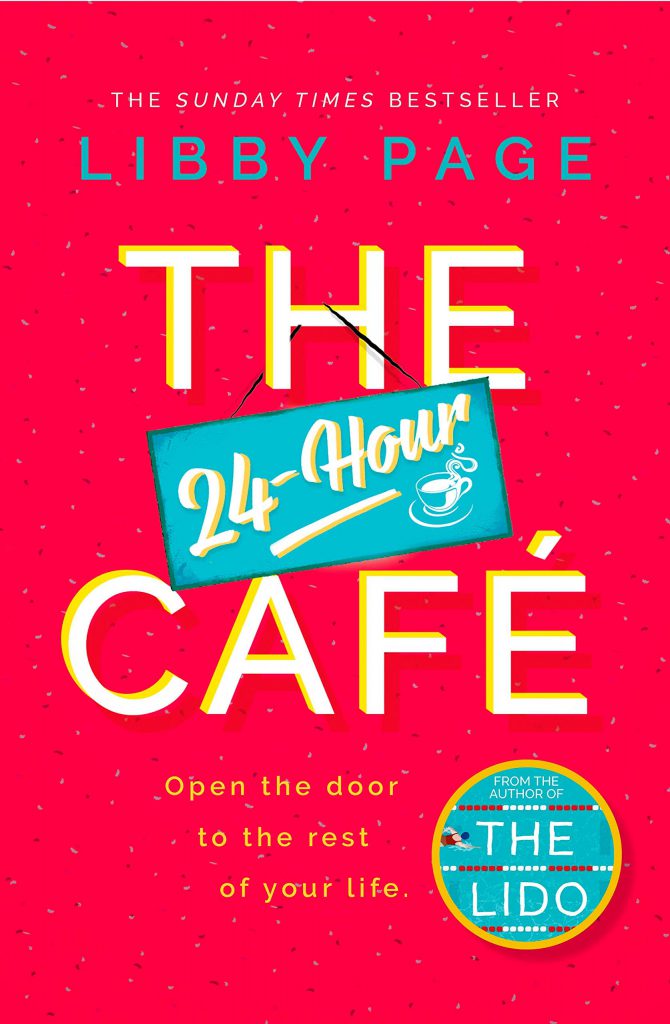 The 24-Hour Café by Libby Page

When I read Libby Page’s debut novel The Lido upon its release in 2018 I was blown away about how good it was and it remained one of the best books of the year for me. I was understandably eagerly awaiting her second, albeit with trepidation. The Lido was so good, that I worried that this book wouldn’t make the grade.

First reactions to it was that, aside from the character-driven story aside, these books were almost polar opposites. The first took place over a period of time and allowed for character development, but this was a book that promised from the title, and then, the first chapter head, to deliver a story in just a single day.

The 24-Hour Cafe is a book about two friends Hannah and Mona who share a flat together and both work at the same 24-hour cafe near Liverpool Street station. On this particular ‘day’ they are both working double-shifts at the cafe, and so the first half of the book is told largely from Hannah’s perspective, through to when Mona takes over, both in story and narration at 12 noon.

I found myself alternating between loving this book, and pondering how successful it would be. It excels at depicting the character interactions between the waitresses and the customers of the cafe through from the small hours of the night into the bustle of the day, and out the other side, sometimes you were left wanting a bit more of the customers and a little less of the backstories of Hannah and Mona.

But that is where the genius of Libby Page’s engaging storytelling, carefully crafted writing, and character development comes to the fore. She weaves in seemingly irrelevant vignettes of story, both from flashback and the present day, but which later are pulled together either through seeing ‘the other side of the story’ when Mona takes over, or when customers return at the other end of the day.

If The Lido was a book beyond the immediate saving of a swimming pool, but that of a young woman saving an older lady, and an older lady saving at the same time the young woman, then this is a book that speaks of what it is like to have dreams and thwarted artistic promise. What does it feel like to reach your thirties and not be getting the breaks that your contemporaries – or worse – your juniors are. For anyone who is or dreams of success in the creative industry you will feel for Hannah, and understand her completely, whilst also celebrating in Mona’s long worked for success.

The 24-hour Cafe is perfectly orchestrated to a conclusion that at times I didn’t think it would be possible for her to get to. The coda to the piece was a necessary wrap up to the story that leaves you wanting more of Hannah and Mona’s lives.